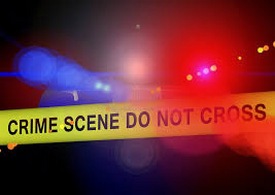 Scanlon was not the first prominent Democratic official to be carjacked in a crime-ridden city in the last 24 hours. On Tuesday night, Illinois’ Democratic state Senate Majority Leader Kimberly Lightford and her husband were carjacked in Broadview, Illinois, in the Chicago area, where crime has been surging.

Both Scanlon and Lightford have been staunch supporters of police reforms in the aftermath of the death of George Floyd in Minneapolis in May 2020.


They are both safe and uninjured. Thankfully.

Still, it's a bit of hoot. In the 020 election, glorious calls to defund police were all the rage among progressive Dems.

And, police funding was effected in quite a few Dem cities. In addition, bonkered, wacked out DAs kept, often violent, criminals on the streets...

...and, now, the proverbial piper must be paid.

It's been fascinating, and amusing, to watch some Dems begin to chagrin over increased crime...SF Mayor London Breed and Nancy Pelosi in particular...while others like our Philadelphia DA Larry Krasner have shouted that crime isn't increasing, as the murder rate sets records.

It's time, Dems, to twist and shout and squirm over your imbicilic approach to criminal justice reform.

When the House begins its hearings on Hunter Biden's crime sprees in 023, thank defunding police.