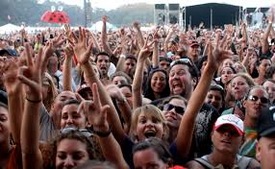 One of the specific accusations I heard is that Facebook was used by the January 6th insurrectionists to communicate with each other. Facebook and other sites (including this one) liken themselves to a modern-day town square where anybody can get up on a soapbox and express their views. This weekend on our local town square here in Ashland Oregon there were over 100 people protesting Texas's new anti-abortion legislation. Town squares, actual and virtual, are where like-minded people gather and sometimes become motivated. If the resulting protests become violent and/or illegal it's not the fault of the town square.

I don't think the problem is Facebook or any other website but with the less-than-discerning audience. In the actual town squares it was understood that speaker was quite likely a crackpot and not a trusted source of information.

How about little critical thinking from the public? How has it happened that America became populated with gullible rubes who eagerly believe practically anything they read online or hear from someone no matter how ludicrous or how often fact-checkers have discredited the source? Most of this stuff has not only been thoroughly debunked, but it defies logic.

The other day in an NPR interview, a Florida doctor who has many patients that use intravenous drugs, explained how these drug users were refusing to be vaccinated because of false information they read online. One of the frequent reasons for their vaccine refusal was that they had concerns about the rush to make it available and the resulting safety of the vaccine. These are people who are shooting up heroin that comes from god-knows-where!!


The views and claims expressed by contributors are their own and do not necessarily reflect the views and beliefs of SelectSmart.com. Not every statement made here can be assumed to be a fact.
Comment on: "I am not a fan of Facebook, I am not on Facebook, but don't think the recent criticism is justified."