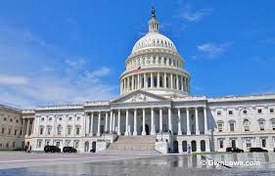 In a breaking poll from InsiderAdvantage Republican Mehmet Oz leads Democrat John Fetterman in a tight race for Pennsylvania’s open U.S. Senate seat, while in the governor’s race Democrat Josh Shapiro continues to hold off Republican Doug Mastriano by eight points. In a bonus question – 54% of respondents said that they thought Oz won the recent Senate debate, to only 21% for Fetterman.

Being on the ground here in Pennsylvania, this rings true. It feels as if Oz leads. And, certainly, Pennsylvanians now know that Fetterman should be in rehab to recover from his stroke.

I'm hearing actual anger at Dems for the cover-up of Fetterman's health crisis.

Here's a picture of progressive SwampMedia malpractice. The Philadelphia Inquirer gave the victory to Fetterman.


The views and claims expressed by contributors are their own and do not necessarily reflect the views and beliefs of SelectSmart.com. Not every statement made here can be assumed to be a fact.
Comment on: "Oz ahead of Fetterman... in new PA poll"