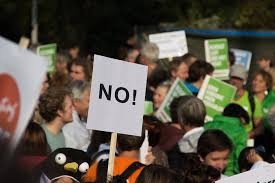 Categorized under health, as in mental health.

Newsweek is again documenting the alarming psychological decline of Mike Lindell. Lindell must have had it together sometime after he was hooked on cocaine, crack cocaine, and alcohol and before he became hooked on Trump. In the interim he managed to build a successful pillow business.

During a segment on Lindell TV that was shared to Twitter on Monday by PatriotTakes, Lindell insisted that Trump "won" the 2020 presidential election in such an obvious manner that the justices will not even need to consider any evidence before putting Trump back in office. In reality, Trump lost the election to President Joe Biden by 74 Electoral College votes and more than seven million popular votes nationally.

Mike Lindell says SCOTUS has no need to deliberate and will need to vote 9-0 immediately to “pull this down” and get rid of the communists that are here.

"They don't even have to deliberate and say, 'what do you think of the evidence?'" Lindell said. "They're already going to say 'hello, it's a coffee cup!' I'm mean it's our, or it's a...like I've used the example, you know, is this a coffee cup?"

Lindell then briefly held a coffee cup in view of the camera before adding, "They all nine go, 'yes, this is all they...he kept from the election. Donald Trump won. We got to vote 9-0 immediately to pull this down and get rid of whatever...the communists who are here.'"


The Twitter link below is video of Lindell making ludicrous demands on the US Supreme Court with bizarre analogies.


The views and claims expressed by contributors are their own and do not necessarily reflect the views and beliefs of SelectSmart.com. Not every statement made here can be assumed to be a fact.
Comment on: "Mike Lindell Urges SCOTUS to 'Immediately' Reinstate Trump and 'Get Rid of Communists'"