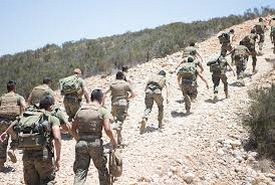 (ABC News)Military veterans and advocates are pushing back after Republican senators this week blocked passage of a widely supported bipartisan bill that would have provided millions of veterans with expedited health care and disability payments related to illnesses caused by toxic exposure from burn pits during their service.

Just last month, a nearly identical bill passed in the Senate with overwhelming bipartisan support, clearing by a margin of 84-14. The proposed legislation traveled to the House chamber, where representatives made a small technical tweak to remove an obscure tax provision that raised a constitutional concern, and passed again with bipartisan support in a 342-88 vote, sending it back to the Senate.

Twenty-six Republicans changed their votes since last month on Wednesday night when the bill made its way back to the Senate, blocked by a contingency of Republicans led by Sen. Pat Toomey, R-Pa., by a vote margin of 55-42. Sixty votes were needed to move forward with the bill. After the vote, GOP senators including Texas' Ted Cruz celebrated together, fist-bumping on the floor.


The views and claims expressed by contributors are their own and do not necessarily reflect the views and beliefs of SelectSmart.com. Not every statement made here can be assumed to be a fact.
Comment on: "Republicans reject spending bill for veterans exposed to 'burn pits,' toxins"