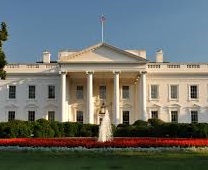 We looked to see how other invectives hurled by Trump and/or his supporters were working against Biden. In most cases, they seem to backfire on Trump.

Trump himself calls himself a "stable genius". Based on Google searches, Americans seem to doubt Trump's self-assessment.

Biden says that the Trump is unfit for office. That seems to be working somewhat, but people seem have similar concerns about Biden.

Biden vs. Trump: Too old

The two septuagenarians are about equal on the "too old" front.

Dementia is a more promising line of attack for Trump to use against Biden. This makes the debates a critical test for Joe Biden. Paradoxically, it lowers the bar for Biden: he doesn't have to win the debates, he needs only to demonstrate that he doesn't have diminished capacity.

Trump's Tulsa rally and his long explanation for his dainty walk down a ramp and his two-handed drinking at West Point seemed to cause an increase in people wondering about Trump's mental problems.

Biden's big spike coincides with when he was was the subject of false claims that he had the Ukrainian chief prosecutor fired to protect his son, Hunter.

Trump's big spoke coincides when he falsely claimed a "Rogue" Michigan official sent absentee ballots to 7.7 million people “illegally and without authorization” ahead of the primaries and general election. Also in that time period, Trump made thinly veiled allegations that Joe Scarborough murdered one of his staffers.

When Burisma was first in the news, people searched for Biden and corruption. It gained a resurgence during Trump's impeachment hearings, then the issue died off as it related to Biden.

The rape and sexual assault lines of attack worked against Biden as Tara Reade rolled out her salacious allegations against Joe Biden which culminated in an accusation of digital penetration. The searches related to Biden petered out when Reade's story was more thoroughly vetted. Additionally, Reade is being investigated for making false statements under oath on related matters. Bringing up anything to do with inappropriate sex hurts Trump more than Biden. Evidently aware that he lives in a glass house, Trump himself has mostly steered clear of the topic.

Biden's name was connected to the term "racist" mostly after his "you ain't Black" interview with Charlamagne Tha God. But Trump trumped him quickly in that category with his not so empathetic reaction to George Floyd's death and the subsequent protests.

The views and claims expressed by contributors are their own and do not necessarily reflect the views and beliefs of SelectSmart.com. Not every statement made here can be assumed to be a fact.
Comment on: "Google Trends indicates which political attacks on Biden and Trump are working."