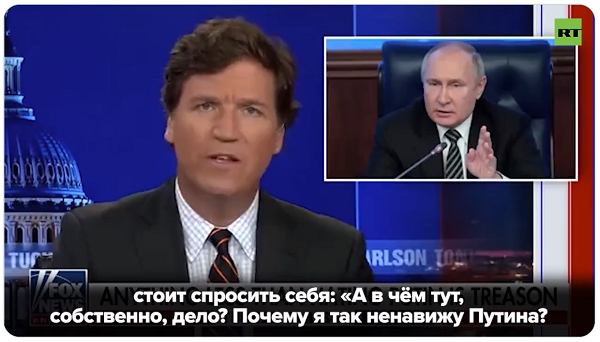 Over the last few weeks, the anchors of the Fox News network have seemingly rooted for Russia over the United States. None more so than Tucker Carlson. On Wednesday night, the Fox host delivered such a gushing tribute to Putin that it is now being played on Russian State TV.